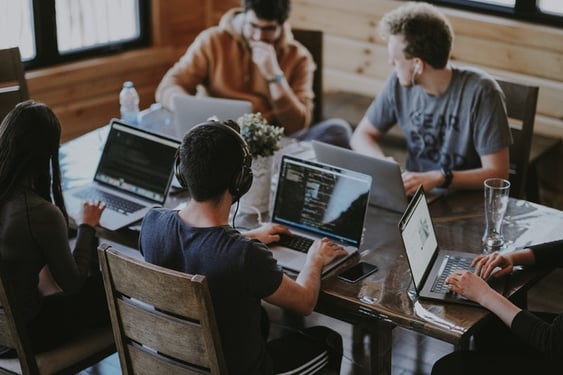 Employee NPS drives customer NPS and customer NPS drives company growth. So what is NPS? It stands for Net Promotor Score and it measures experience and loyalty. Basically, if you want to make money you have to keep your employees happy and loyal. Clear communication will outweigh any perks an office provides to its employees. If employees feel that management and leadership don’t effectively communicate with them and if they feel unfulfilled in their work, basketball tickets and raffles won’t stop them from seeking fulfillment somewhere else. This is why maintaining a feedback loop is crucial to running a good business. Here are some ideas to assure both leadership and employees are “in the loop”.

Staying in the Loop

Giving and receiving feedback in a timely manner without fear of retribution provides people with the chance to improve action and behavior. Benefit from consistent, in-person conversations and surveys to close the communication loop. The best leaders know that making sure employees feel heard is far more vital to a company's health than its perks.