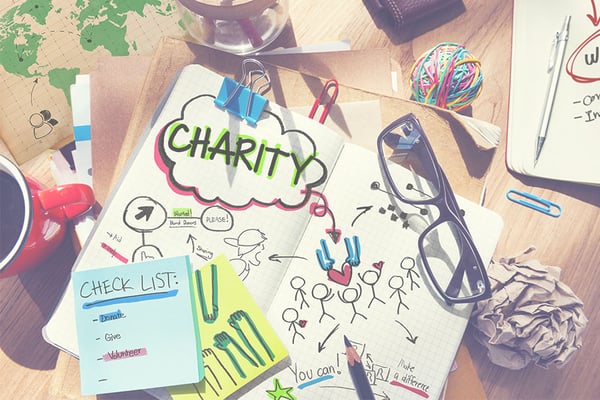 Importance of CSR in a Company

Corporate Social Responsibility, or CSR for short, is the idea that a company should be socially involved with the environment around itself. This can range from engaging in nonprofit causes, to bettering the community, or creating stronger connections between employees. Ultimately, a company’s CSR is established to increase overall employee alignment with its values and mission. It is created to make employees, and employers, feel more connected with society. However, not all companies can take the same approach at CSR. It is important for industries to know their niche and what their employees want. Below are 5 different companies that show great examples of CSR in action.

BMW holds its pride in being one of the most socially responsible companies in its industry. BMW has set the bar high with a goal of helping over one million people by 2020. They plan to do this by creating programs such as “The Schools Environmental Education Development Project” to help raise awareness of social and environmental issues. BMW’s key to CSR success has always been alignment. They’re a great example of corporate social responsibility because of their balance between a good business model and helping social causes.

Levi’s is another company that focuses its efforts on CSR. Levi’s approach is to reduce their environmental footprint by acting in human rights and environmental causes. Just like BMW’s program, Levi’s has a “Worker Well-Being Initiative” that is aimed to help improve the life of their employees. Levi’s has also trademarked their “Water<Less” campaign by using less water when manufacturing their products. They have saved over one billion liters of water and hope to better improve their manufacturing process by 2020.

SurveyMonkey, best known for their survey creation software, has created a giving back program to better improve their social responsibilities. They have done this by engaging in an innovative way to give back. Instead of giving out prizes to survey takers, SurveyMonkey donates 50 cents for every survey completed. This donation goes to the survey takers charity of choice. The company has donated over one million dollars to organizations such as Boys & Girls Club of America and the Humane Society. SurveyMonkey’s example of corporate social responsibility stretches far beyond just engagement. They focus on bettering society as a whole, thus giving the company a good reputation.

Since the beginning of its existence in 1971, Starbucks Coffee has always focused on ethical and social responsibilities. Starbucks aims at creating a product that is not only beneficial to its customers, but also to the environment. With the start of the C.A.F.E. program, Starbucks has set guidelines to increase product quality, social and economic responsibility, and environmental management. Partnering with Ethos Water, Starbucks is helping bring clean water to over one billion people who don’t have access to it. What separates Starbucks from its competitors is that they focus on society before themselves. Giving back to the community is a great factor to why the brand is so well known. It goes to show that companies with great giving programs are valued more than ones that don’t.

Founders of Ben & Jerry’s, Ben Cohen and Jerry Greenfield, have always been focused on giving back in any way possible. At the same time they have kept true to themselves the value of connecting the company with its employees. To accomplish various CSR goals, Ben & Jerry’s created the “Ben & Jerry’s Foundation.” The company has set the bar high by giving 7.5% of its pretax profits to charitable organizations around the world. Ben and Jerry’s strives “to show a deep respect for human beings” whether they work for the company or not. They have donated over two million dollars to multiple organization it the hopes to have a positive impact on society.

There are many different ways to go about creating the best CSR program for your company. In the examples above we have seen how different companies take different approaches. Some give back to the community, some give back to their employees, and some do both. Overall, having a solid giving program is key to not only helping the reputation of your company, but to also make employees love where they work.

Interested in discovering how to create a great CSR program through Alignment? Request more info from Involve and start accomplishing your CSR goals today.